The global banking industry went on profit for the first time since the financial crisis, according to a new report by the Boston Consulting Group (BCG). The good news came, although European lenders still lag far behind its competitors in the United States. The economic profit is profit additive, ie increase above normal. It occurs when the revenues of the company are higher than economic costs. Its implementation is often a temporary phenomenon and not a mandatory time of the company activity. Its receipt in an activity signals the entry of new companies in the sector, which increases the supply, reduce prices, and thus opportunities to extract additional profit.

According to the report of BCG banks generated economic profit amounted to 18 billion EUR in 2013, or 3 basis points of the total amount of their assets, compared with negative economic profit between minus 6 and minus 23 basis points in the previous four years. BCG analysis is based on more than 300 banks that hold more than 80 percent of global banking assets.

The banks in North America have reached economic profit 25 billion EUR. The measure also has improved in the Middle East and Africa. In Europe, however, the situation was far different. Lenders in the region have reported negative economic profit amounted to 136 billion EUR last year compared to negative 161 billion EUR in 2012. Thus since 2009 losses for the sector already exceed 600 billion EUR.

Eurozone banks are slow in their efforts to rebuild their capital. Improving profitability is the biggest challenge, as it may force them to sell part of its unprofitable units, said late last week a senior European banking supervisor. The BGC report indicated that lenders are entering a new era of regulations, where each region, product and legal person will be subject to regulation. According to experts, this reflects the intention of regulators to cause a change in culture. 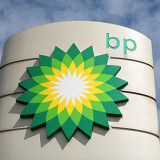