The Chinese Premier Li Keqiang is currently on a three-day visit to UK, during which the two sides are expected to sign deals totaling more than 30 billion USD. Agreement of BP would be at worth of about 20 billion USD and is for a period of more than 20 years. Dudley declined to indicate the specific parameters of the deal.

“This is a 20-year contract, which will supply liquefied natural gas to South China. The deal is large, it is advantageous for them and for us … and is a good bridge between Britain and China in terms of trade”, added Dudley.

According to Chinese Ambassador Li Island Syaomin Beijing and London are expected to sign over 40 bilateral agreements covering a wide range of sectors, including energy, investment, culture and education. BP deal came after authorities in Beijing focused on reducing carbon emissions in the country through the use of cleaner fuels. Many Chinese cities suffer from contamination which is much higher than permitted by international standards. The main source of energy in China continue to coal, which one of the reasons for the high levels of pollution. Tackling the problem was one of the key priorities in the latest report on the economic policy of the government. The deal is part of China’s efforts to obtain more energy from the international market to cope with its growing energy needs.

According to unofficial information also negotiations with CNOOC leads Royal Dutch Shell, which is the biggest rival of BP. The Rise of Factoring: How Can It Help Your Business to Grow? 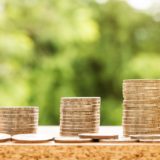 What To Know Before Asking For Business Funds