TOKYO (AP) — Global shares were mixed Friday, with European benchmarks bouncing back after a bleak start to the day in Asia. The Shanghai Composite regained lost ground to close marginally higher on upbeat Chinese manufacturing data.

CHINA MANUFACTURING: A survey showed China’s manufacturing activity accelerated in June, helped by stronger foreign demand for Chinese goods. The monthly purchasing managers’ index issued by the Chinese statistics bureau and an industry group on Friday rose to 51.7 from May’s 51.2 on a 100-point scale on which numbers above 50 show activity expanding. The Federation of Logistics & Purchasing said it was the 11th straight month of improvement.

ANALYST VIEWPOINT: “Looking ahead, however, we suspect that the current resilience of growth will prove temporary. With tight monetary conditions weighing on credit growth, it will be difficult to avoid a renewed slowdown in growth later this year,” Julian Evans-Pritchard of Capital Economics said of the Chinese manufacturing survey.

JAPAN DATA: Japan’s factory output rose in May from a year earlier and the number of jobs per job seekers climbed to a 43-year high, reflecting labor shortages as the economy gains momentum thanks to stronger exports to the rest of Asia. Despite the high ratio of jobs to job seekers, at 1.49 to 1 the highest since February 1974, government said the unemployment rate rose to 3.1 percent from 2.8 percent in April as workers quit to seek new jobs in a labor-short market.

ENERGY: Benchmark U.S. crude rose 42 cents to $45.35 a barrel in electronic trading on the New York Mercantile Exchange. It gained 19 cents to settle at $44.93 a barrel on Thursday. Brent, the international standard, gained 41 cents to $48.04. 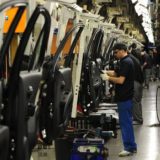 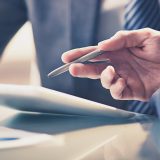 Additive Manufacturing Market is expected to exceed more than US$ 6 billion by 2022; Says Market Research Engine

Hottest stock, Nvidia, gets its most bullish Wall Street forecast yet