The plans for Rupert Murdoch to buy the Sky pay-TV company based in the United Kingdom were hit with a delay. Murdochâ€™s Twenty-First Century Fox Inc. (FOX) was set to complete a bid until British authorities questioned whether the deal would create a monopoly in the news business. Fox commented that the deal would close on time. It is not clear what the nature of a U.K. investigation into the monopoly question would be.

The Congressional Budget Office opined that the federal government may run out of money in October if the debt ceiling is not increased.

Apple Inc. (AAPL) CEO Tim Cook made $145 million in the companyâ€™s last fiscal year. Most of the money came from stock awards made in 2011. This made Cook the highest paid CEO among the top 25 S&P 500, according to Bloomberg. The news service reported:

Cookâ€™s 2016 take-home pay came primarily from the vesting of 1.26 million shares, valued at $136 million, which were awarded after he became Appleâ€™s CEO in 2011. About one-fifth of the shares were tied to the firmâ€™s three-year total shareholder return relative to the S&P 500 Index. Shares of the iPhone maker gained 78 percent in the 36 months through the fiscal year ended Sept. 28, placing it in the top third of the index. The remaining 980,000 shares vested solely on his continued employment.

Nike Inc.â€™s (NKE) stock rose sharply as it beat earnings estimates. The company reported its fourth-quarter results for fiscal 2017 as well as the full year:

Nikeâ€™s revenue hit $34.4 billion. The company also said it would begin to sell its products via Amazon.com Inc. (AMZN).

Facebook Inc. (FB) tested its solar-powered drone. According to a post by the division that handles the drone:

Facebook reached another exciting and important milestone for the Aquila program â€” completing the successful second full-scale test flight of the aircraft. The aircraft flew for 1 hour and 46 minutes, and landed perfectly on our prepared landing site. 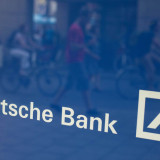 This Is Why Alibaba Is About to Take Over Downtown Detroit

Boeing Gets Boost from United and Lifts Demand Forecast to US$ 8.5 Trillion by 2037 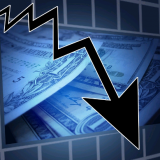