Boeing Co. briefly suspended flights of its new, hot-selling 737 Max jetliner last month because of a possible flaw in an engine part produced by Arconic Inc., people familiar with the matter said.

The identity of the manufacturer wasn’t publicly disclosed after the issue grounded the high-profile jetliner days before its debut. The revelation is another blow to Arconic, which is facing possible lawsuits for supplying panels linked to the deadly London high-rise blaze earlier this month.

CFM International, the General Electric Co.-Safran SA joint venture that makes the engine, recalled about 30 engines from Boeing to remove turbine discs forged by New York-based Arconic, said the people, who asked not to be identified because the information isn’t public. That slowed initial deliveries of the 737 Max.

Boeing resumed flights of the jetliner a few days later on a limited basis, after regulators cleared their use as long as they were powered by engines that didn’t include the defective part. Norwegian Air Shuttle ASA took delivery of the third and fourth Max on Thursday, about a month after Boeing handed over the initial pair to Malindo Airways.

Safran and GE are “large and important customers,” Arconic said in an emailed statement. “We continue to have significant business with them. As always, we strive for perfect quality and continuously improve in partnership with our customers.”

Representatives of Boeing and CFM declined to comment on the latest development.

Arconic fell 1.2 percent to $22.82 at the close in New York, erasing earlier gains after Bloomberg reported the company’s role in the 737’s temporary grounding. That reduced the stock’s 2017 advance to 23 percent.

Keith Leverkuhn, a Boeing vice president and general manager for the 737 Max program, described the incident as a “little hiccup” for the Max, the fastest-selling jetliner in Boeing history. Repaired engines have begun flowing back to the planemaker, he he said in a June 19 interview at the Paris Air Show.

“Our teams were actually physically with the CFM teams at the supplier to understand what went wrong,’’ Leverkuhn said. “Mistakes are going to happen, but let’s make sure that we get on them quickly and ensure that they are not going to be repeated.’’

CFM increased its reliance on another forging company after discovering the quality issue with the low-pressure turbine discs, and is bringing a third supplier online, Safran Aircraft Engines CEO Olivier Andries said in an interview.

The incident underscores the technical challenge for Arconic, which is pushing the limits of materials science, as well as the management hurdles following a proxy fight earlier this year that saw Klaus Kleinfeld resign as chief executive officer. Airbus SE and Boeing are its two largest customers. 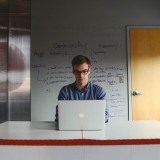 How To Protect Yourself In The Business World 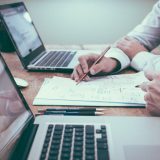 Staying Safe: How To Protect Yourself In The Business World Customers: Make Sure You Always Put Them First!