The US investment bank Goldman Sachs Group Inc reported a profit above the market forecasts due to a smaller decline in revenue from trading with financial instruments with fixed income. The net profit of the company for the second quarter increased by 5% to 2.04 billion USD or 4.10 USD per share, compared to the financial results reported an year earlier of 1.93 billion USD or 3.70 USD per share. The figures turned out to be more than the market expectations for earnings of 3.09 USD per share.

Inspite of the facts that the revenues from bonds trading of Goldman Sachs fell by 10% in second quarter, the decline was less than the collapse of 24% forecasted by the analysts. The revenues from bonds trading of the biggest US bank by assets, JPMorgan Chase & Co dropped with 15% compared to the second quarter of the previous year. Last year, Goldman Sachs realized its lowest profit from trade since the financial crisis. In 2013, the return on the bank’s capital amounted to 11%. The index is higher than that of its competitors, but it is still only a third of its value before the financial crisis.

From 2010 until today the bank sacked 10% of its employees in the department for trading financial instruments with fixed income and over the past two years has reduced the risk-weighted assets in the business to 90 billion USD. The creditor relies on its other activities to expand its business. Goldman Sachs is a leader in the underwriting of share issues and the provision of services related to mergers and acquisitions in the first half of 2014. The Bank is fifth in the ranking of underwriter of bonds in USA.

At the end of March, the bank manages assets for a record 1.08 trillion USD. The amount increased due to acquisitions, which added assets for more than 50 billion USD for the last 2 years. Last year the bank has realized more revenue from investing and lending at the expense of business.

Furthermore, Goldman Sachs is trying to attract investors through dividends and repurchase of own shares. The bank increased the amount of its dividend last year and buy back shares worth 6.4 billion USD in the 12 months to the end of March. This year, the vault had to lower the amount of the desired increase its capital in order to receive subsequent approval of the US Federal Reserve after the initial refusal.

After the positive financial report on the New York Stock Exchange the shares of Goldman Sachs rose with 1.3% to 167 USD per share. 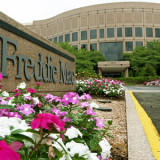 Profit of JPMorgan dropped with 7.9%