The largest fast food restaurants chain in the world McDonald’s Corp, announced bigger than expected drop in the global sales for February, which weighed over the poor performance in USA. The company reported 0.3% decline in the comparable sales globally last month. The data is quite weaker than the average analyst expectations for 0.1% decrease.

The drop of McDonald’s comparable sales in USA was 1.4%, significantly lower than the decrease of 0.6% predicted by analysts. The company has difficulties in sales at established restaurants in USA nearly two years amid the slow economic growth, increased competition and false moves within the chain that complicated and delayed the service.

These results cause increasing pressure over Don Thompson, the CEO of the company since July 2012, who will face new challenges this year. Furthermore, the prices of the beef rose nearly record highs and the expectations of the experts is for continuous growth. The labor costs also increased, as several states have already raised their minimum wage this year.

In a statement, Thompson states that McDonald’s is designed to improve business performance. The chain is trying to attract more customers with improved service and changes in the menu according to the customer needs.

Europe is the biggest market and carrying largest revenues. The sales inthe restaurants increased by 0.6% last month. However, the sales fell by 2.6% in the Asia-Pacific, Middle East and Africa. 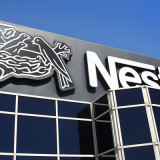 Hesitant start of weekly session for the European stocks

Greek banks returned on the capital markets after 5-year break