The European companies increased dividends by 20% in Q2 2014, ignoring the weaker economy in the region and the forecasts for the annual growth. The increased payments are due mostly to better corporate performance and the depreciation of the USD. For the period April-June 2014 the companies had paid 153.4 billion USD in the form of dividends, which is nearly a fifth over the same period last year.

The strong EUR also supported the good financial result, but even on static exchange rates the dividend performance of the region’s business is the best in the last 5 years. The economic growth in the euro area did not changed in the second quarter, but European companies are taking advantage of the global recovery, improving the performance of low base.

The biggest growth in paid dividends is for the French companies, which grew by over 30%. Although a number of groups have carried out large payments, most notable effect raised the higher dividends distributed by French financial companies, among which Societe Generale and Credit Agricole.

The performance of the European banks, with the growth of dividend payments by 14.6%, turned the financial sector in one of the best performers in the world. However the analysts suggest that this is not the beginning of a period of rapid growth in profits, but rather a sign that the sector returns to some more normal trading conditions. In contrast to the strong performance of companies in some European countries, including Switzerland and Spain, the dividend growth of German companies was weaker. At constant exchange rates even the pace of economy growth in Germany slowed.

Although some companies of the caliber of the insurer Allianz and the chemical group BASF committed substantial payments, others reduced the dividends payment. The energy giant Eon and telecommunications operator Deutsche Telekom, decreased their dividends due to the unstable economy forecasts for Eastern Europe.

Dividend payments of the British companies rose by nearly 10% in Q2 2014 to 33.7 billion USD. The majority of the increase, however, is due to the more expensive GBP.

Another region, which marks a significant increase in the second quarter is Japan. The dividends in the country jumped by almost 25% to 25.2 billion USD. Toyota Motor and Japan Tobacco are the largest contribution to the increase. 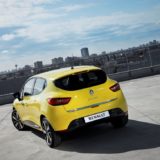 Warren Buffett urged Berkshire Hathaway not to give dividends

The Rise of Factoring: How Can It Help Your Business to Grow?

US banks are preparing for relocation from UK