Are you ready for the next potential Apple or Amazon ?

Too often, people seem to forget about Alibaba . Shares of this Chinese internet behemoth have been flying lately, up more than 14% in the past month. It was up another 1% on Wednesday, as analysts continue to warm up to the name. On Tuesday, analysts at SWS upgraded the stock to buy and assigned a $169 price target and on Wednesday, it got some love from analysts at Hua Tai Securities, who initiated Alibaba with a buy rating and assigned a quite-specific price target of $173.90.

This comes after analysts at MKM Partners reiterated their bullish stance on Alibaba and raised their price target to $177 from $155.

SWS’ target implies more than 20% upside from current levels, while MKM’s represents more than 27% upside. Earlier this month, Alibaba’s stock went from $125 to more than $140 after stronger-than-expected revenue guidance emerged from its investor meeting.

Now boasting a market cap near $340 billion, Alibaba is one of the largest companies on earth. However, it still seems to fly under the radar when compared to stocks like Amazon, Apple, Facebook , Netflix and Alphabet/Google . TheStreet was lucky enough to sit down with Alibaba’s Vice Chairman Joe Tsai.

“It’s for sure the most thrilling journey that I’ve had in my life,” he told TheStreet, before extrapolating a bit on the business.

Ranging from mountains of user data to cheap, more easily accessible computing power, Tsai shared quite a bit of information with TheStreet. Because so many Chinese customers use mobile devices, it’s opened up entirely new retail strategies. It’s refreshing to hear a company embrace the changing landscape in retail.

Tsai eventually details Alibaba’s “New Retail” strategy, which can be read about in our full-length piece.

Think Alibaba is a slouch? That’s not the case, as it grew sales almost 60% last quarter, which is insane for a $340 billion company. People cheer for Amazon as it continues to grow revenue at a clip of 20% or more, which makes Alibaba’s growth that much more impressive. Plus, Alibaba is more profitable than Amazon.

So could Alibaba be the next Amazon or even grow to eventually be the size of Apple? In this market, the answer is yes 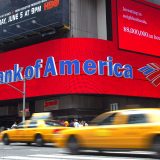 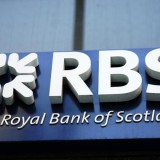