The credit rating agency Standard & Poor’s (S&P) rose the the prospect of Portugal from negative to stable, due to improved economic and market conditions. However, the international institution did not increased the rating of the Iberian country, which were the expectations of the most analysts.

By S&P argued this decision with the progress of the Lisbon over the European Union (EU) and International Monetary Fund (IMF) program for economic recovery. According to the experts, the Portuguese economy and the internal labor market is recovering faster than expected. However, S&P continues to hold Portuguese rating in the deprecated investment values. The BB value is a signal for existing major challenges in front of the poorest country in Western Europe.

The analysts from the credit rating agency indicated that the country’s economic prospects have improved significantly, which makes the budget targets for this year achievable. S&P expects the economy to grow with 1.4% in 2014, while the government forecasts for the period is for expansion of about 1.2%. According to the economists one of the leading problems of the Portugal economy is the high levels of public debt. The debt of the country reached 129% of gross domestic product (GDP), which is one of the highest rates in Europe. 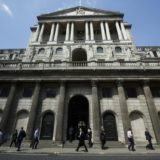 BoE lowered forecast for growth and inflation in UK 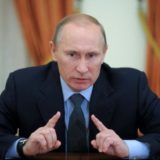