The first day of the week brought heavy losses for the EUR. The optimistic mood of investors from USA, driven by good economic data that were published on Friday, gave support to the USD, which won positions against the single currency. In the early hours of trading on Tuesday the greenback managed to retain the accumulated gains Monday amid continued fluctuation in investors from Europe. The main reason for the loss of the euro was the meeting of the European Central Bank, which was decided interest rates in the region to be reduced to 0.15% and return on interbank deposits was lowered to negative.

Strong data on the labor market in USA, which were published on Friday, continue to support both the stock market and the USD. In addition, the comments from Federal Reserve Chairman for St Louis James Bullard, created some excitement in the markets, which also had a positive impact on the USD. Bullard said the drop down unemployment rates, coupled with encouraging economic data can make him change his mind about this, at what point should be elevated interest rates. How to Identify a Scam ICO? 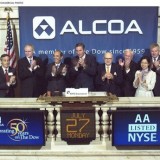 Green session on the Asian markets