The French oil company Total will spend 16 billion USD for the development of deep waterfront project in Angola. The Kaombo project was one of many, which have been delayed in recent years as the oil companies gave in to the demands of its shareholders to cut the capital spending and return more cash.

The investors argued that at a time of high costs and stagnant price of oil companies need to reduce costs for expensive projects and use the money for dividends and share repurchase. Many oil groups heeded the call of their investors. BP last year announced that it would sell assets to 10 billion USD within two years and will use most of the money for repurchase shares. The Italian Eni also announced repurchase program.

Last July Total announcing that the company’s investments will begin to decline in 2014. Earlier this year, the company raised its dividend from 0.59 EUR to 0.61 EUR per share despite the significant drop in quarterly profit. The latest results of Total, released in February showed 19% drop in net profit for Q4 2013 due to weak processing and delays in key oil fields.

However, the oil giant announced that will resume the Kaombo project after its cost were reduced from 20 to 16 billion USD. The facility will have a capacity of 230 thousand barrels per day, as the production is expected to start in 2017.

Now the company Total is the largest operator in Angola and the second largest oil producer in Africa with 600 thousand barrels per day, which accounts for over 30% from the GDP of the country. Total owns 30% from the Kaombo project, as the Angolan state company Sonangol P&P also has 30%, Sonangol Sinopec International has 20% and Esso owns 15%.

In January, Total said it will become the first oil group, which will invest in emerging shale sector in the UK, announcing plans to spend about 50 million USD for exploration of gas fields in the East Midlands. 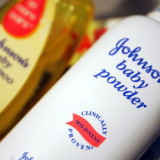 World Bank and Goldman Sachs will help the women entrepreneurs How to Overcome Bad Periods In Your Business: Five Tips