Some people love the sound of being away from work for a while. But what if it wasn’t actually your choice? What if this downtime has been forced upon you by unsavoury circumstances? And what about the financial implications of this?

Here are some of the things you should be considering.

Assessing what caused this downtime

Sometimes, the key to keeping your finances healthy could be found within the cause of this downtime. I know I just put that in a weird way, but let me explain.

When you’ve been left out of action, it’s usually because of an injury. Perhaps you’re a waiter and need to carry things during work hours; but now your arm is broken, you’re stuck at home for a while. But how exactly was your arm broken?

If your injury was someone else’s fault, then your downtime can hardly be blamed on you. In fact, this other party is responsible for the fact that you’re currently unable to generate your usual income. This means you could be eligible for compensation that makes up for the pain and financial troubles. You might want to talk to a firm like Nationwide Injury Lawyers about your options in such a scenario.

Using downtime to your advantage: a new venture

When people think of a temporary but long stay away from work, they usually think of injuries. The thing about such injuries is that they don’t stop us from doing every type of work. This is why a lot of people look into working from home, if they can. Many modern office jobs have cloud facilities that allow their employees to work from home if they can’t make it to the office.

But, of course, this isn’t always possible. Not only do a lot of offices not have such facilities; most people don’t work in offices! They work in restaurants, in transport, in cleaning, in construction and labour. These aren’t really things you can do from home. And that leaves you without an income. So what do you do then?

Well, you could look into starting a new money-making venture from home. You’ve probably heard at some point in your life that writing blogs can earn you some money. So starting up a blog and writing about your experiences is certainly not a bad idea. Of course, as we’ve written before, you can’t exactly get rich overnight by blogging. But if it gets a portfolio of your work online, you could look into doing some temporary freelance work from home using your writing skills. This could go for many other artistic talents!

Taking a moment to review your finances

Speaking of using downtime to your advantage, there’s something else you could be doing. The fact is that most people simply don’t have their finances altogether in their head. They don’t have a clear idea of what goes in and out every month. They don’t know how many recurring fees they’ve got going. They don’t have a budget. But the people who are the healthiest, financially, often have these things all sorted out.

So why don’t more people have this sort of stuff worked out? Simple: it’s usually because they’re way too busy! While being out of work isn’t great, it does leave you with some more time on your hands. Use that time off to really get to grip with your finances. This won’t only do you a world of good during this downtime; it will also work wonders for you going forward, even after your recovery.

Enacting a super-frugal plan of action

In fairness, a lot of people would argue against calling what I’m about to describe a plan of action. They’re more likely to think of it as a plan of inaction! That’s because a plan that requires you to be extra frugal often requires you doing a lot less things. You have to stop going out so much, or buying so much entertainment.

Of course, such a plan seems to be way too obvious a suggestion. Pretty much everyone thinks about the need to cut down on luxuries when their source of income is “on the fritz”. It’s just common sense, right? Well, people are more likely to do it when they’ve actually lost a job. When people are only out of the office temporarily - say, due to an injury - then they’re less likely to start getting frugal. I’d suggest going frugal even if you think you’ll only be out of work for a few weeks. Still, as I said earlier, this often seems like common sense.

Taking the advice a bit further, I’d suggest looking into online store vouchers. It’s not just about not spending; it’s about saving when you do have to spend. People don’t often consider these sorts of websites, but it may be of interest to you now. How to Secure Your Long-Term Finances 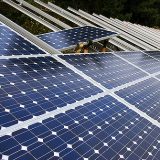 How To Save Money With Your Home What Options Are There For Dealing With Debt? The Only Tips You’ll Need For A Fantastic Financial Future

Improve Your Finances By Taking A Stand At Work

Can Drink-Driving End a Career?