Russell Stover, the largest producer of packaged chocolate in the US will increase the income of the Swiss company in North America to more than 1.5 billion USD in 2015, Lindt said last year. Completed in September the acquisition of the company brought Lindt in front of Nestle on the North American chocolate market, giving its 8% market stake.

Lindt standing target for organic sales growth of 6% to 8% per year. The company projects to improve the profit margin before interest and taxes by 20 points to 40 points for 2014, excluding the acquisition of Russel Stover. Including acquisition, the level of Ebit is expected to be approximately the same as in 2013. In December of Lindt Cafe in Sydney was the scene of a 16-hour siege by Islamist terrorist. In the incident, two of the hostages and their captor killed in the firefight. The terrorist make some of the 17 hostages to raise the black flag of the Islamic State of the cafe window. US retail sales rose less than expected in June Mizuho issue bonds that will be reversed in case of bankruptcy 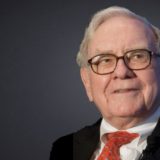 Warren Buffett urged Berkshire Hathaway not to give dividends