The recent resignation of Zimbabwe’s president Robert Mugabe after a military intervention in the country has caused a lot of controversy, given that he was in his position for nearly 40 years. Zimbabwe is now entering an unprecedented phase in which its political and economic future may be decided.

This could well affect the behavior of those trading Forex through online brokers like Oanda, given the market volatility that political upheaval often instigates. Here are some of the ways Mugabe’s exit may have affected Forex.

Unrest and instability often trail such a major event as a president being ousted from their position. Since Zimbabwe’s official currency is now the dollar, it is unlikely that this instability will have any effect on the dollar’s value.

However, given that Zimbabwe is in close proximity to other major African countries, it could be the case that this recent upheaval in Zimbabwe threatens the stability of other countries which trade with Zimbabwe, especially if there are economic changes in the works. This may cause Forex investors to become hesitant about investing in currencies like the rand and the pula.

The new president, Emmerson Mnangagwa, has promised to make economic reform a priority for Zimbabwe. This could well mean significant changes are on the way for Zimbabwe’s economy, something which could well influence the behavior of Forex investors.

The fact that Britain could help to reform Zimbabwe’s currency system as well as help the country to begin a path to prosperity means that there may well be an influx of investors, which could spark interest from forex traders in the future of the country’s economy.

Zimbabwe’s economy had been in a bad way throughout much of Mugabe’s rule, largely as a result of his party’s policies (which led to hyperinflation). Perhaps one of the most crucial considerations for Forex traders because of this is the question of whether there may be a new currency introduced in the country.

If a new currency were to be introduced, it could present new opportunities for Forex traders to invest their capital. This may then instigate a wave of new currency pairings which include the new Zimbabwean currency.

Ultimately, Mugabe’s exit did not have a huge effect on the Forex market, but it has created the potential for future opportunities in the Forex market. Forex traders across the world will no doubt be keeping an eye on the situation as it unfolds, eager to see how they may be able to benefit. 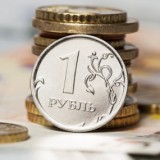 France is into the trap of protectionism

India raised the interest rate to 8%

The Things Your Small Business Needs to Spend More Money On

Lignin Market Industry in Europe will Grow Analysis By 2022