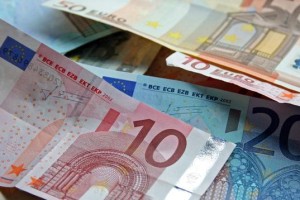 The German inflation delayed to 0.2% in December, as the price growth failed to accelerate and remained persistently weak according to the latest data of the Federal Statistical Office. Germany suffers from low and falling inflation, which puts additional pressure on the European Central Bank (ECB) to take further action to end the deflationary spiral in which it is about to fall a currency union. The level of inflation slowed to 0.2% compared to the same period last year compared to the growth of consumer prices by 0.6% in November. The level was the lowest since October 2009. The market consensus was set at the level of 0.4%.

Measured on a monthly basis, inflation remained unchanged after zero growth in the previous month. The forecasts were for a rise of 0.2%. The separate measure, designed specifically to enable a comparison between European inflation data - the so-called harmonized consumer price index showed inflation of 0.1% on a monthly basis in December. The analysts expected level of 0.2%.

In view of the available components fall in core inflation was due not only to lower energy prices, but also some timid secondary effects on consumer goods. This may be due to discounts in shopping for Christmas, according to many of the experts.

The European central bankers continue to be concerned about low inflation in Germany and the euro area as a whole. ECB target level is close to but less than 2%, which should ensure long-term price stability. Today’s slowdown in inflation in Germany will not make things easier. In fact, chances eurozone inflation to fall in negative territory in December are high. This will happen for the first time since October 2009.

Inflation in Germany slowed to 0.2% YoY Canadian inflation in February speeded up

Verizon negotiate for acquisition of AOL