Gold has long been viewed as a currency. It stood the test of time for those looking to store value and still represents one of the favorite ways to do so.

Retail traders that want to own gold have a few options on the table: one is to go commercial banks that sell it and buy some, and another one is to buy it directly from a Forex broker’s trading account.

Any Forex trading account Australia has to offer, but not only, allows buying and selling gold. On the Forex dashboard, XAUUSD represents gold against the American dollar, but some brokers provide it also against other major currencies in the world, like the Euro and GBP.

Perhaps the one currency that enjoys an interesting correlation with gold is the Australian Dollar (AUD). Also known as the Aussie Dollar, it reflects the changes in the Australian economy.

However, the Australian economy is acommodity-driven one. The mining sector employs many people and changes in the commodity prices affect the way the economy performs.

As such, the central bank Reserve Bank of Australia (RBA) will react with hiking or cutting the interest rates. Therefore, it will translate into a stronger or weaker Aussie Dollar.

From this point of view, we can say that the price of gold and the value of the Aussie Dollar enjoy a direct correlation.

Traders and investors perceive gold as a store of value. When things go wrong in the world economy, or a risk-off environment exists (e.g., 2008 financial crises, the Eurozone debt crises, etc.), investors look for the best place to park their money.

Interest rates and currencies lose ground in the face of gold. Traders would ignore the yield of a currencyfor the safety of their funds and will move into gold because it stores value.

If you want, gold acts as a safe-haven product. Where would investors put their money in a risky environment? Of course, in gold.

The gold market has some specific characteristics. First, it depends very much on the supply and demand imbalances.

There’s a robust above ground/below ground relationship, which changes frequently. Above ground, gold changes the ownership often. Typically, the primary owners are central banks that keep in their vaults most of the above ground oil.

When the gold standard was alive and kicking, significant economies were forced to issue new money only if a specific gold amount backed it. As such, gold moved in various vaults around the world.

Moreover, when the World Wars gripped the world, many found the United States as the safest place and sent their gold there. However, moving gold is a costly process. Its weight and value require extraordinary logistic efforts.

For this reason, gold doesn’t move that much these days. Central banks only sell or buy on paper, while the physical gold keeps its current location. At least, that’s the case in most of thetransactions.

Second, gold moves on how demand in countries like India changes. Thus, production companies in Australia will adjust their levels based on how demand goes.

Because of that, when gold starts a bullish trend, you’ll notice the AUD joining the part. However, the counter-asset must be the same.

For example, when gold trends higher against the U.S. Dollar, the AUDUSD pair is the one to look for a correlated move. Hence, the U.S. Dollar is the counterpart in interpreting the gold move.

Sometimes, when the other dollar pairs move in a concerted manner, gold simply refuses to correlate with them. It will influence the way the AUDUSD pair will move as well.

Break Free From The Chains Of Debt 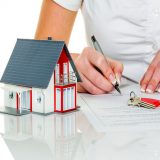 How to Get a Mortgage US economy activity continues to improve

Infection Control Market is Worth US$ 18 Billion Globally By 2024

Global Nitrogenous Fertilizers Market is Worth US$ 127.00 Billion By 2022